The Old Stores in Chedburgh had laid derelict since the owner passed away and the building was lefty empty. The Planning process was complicated by the fact that it was both Listed and had a commercial use. The Vendor had to agree a program of marketing to establish that there was no demand for a commercial use in the Village. The original Listed building  consisted of a three bay timber framed building which, although poorly maintained and suffering from modern interventions, still had many period features worth preserving.  The aim of the project was to remove the later poor additions to the original building and restore it ion a sympathetic manner. A two storey extension was built to the rear to provide additional accommodation whilst allowing the  main house to be read in it’s original form. This was achieved by working closely with the Planning and Conservation Officers towards a common goal. On completion the property was sold as a residential dwelling. 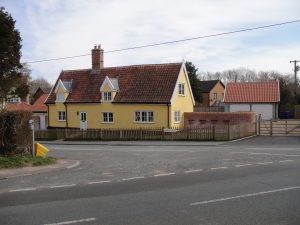 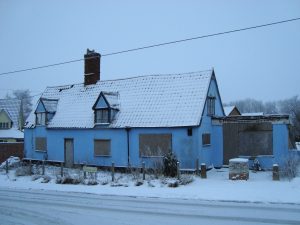