This Essex house is a two storey detached L shaped timber framed and thatched cottage of fifteenth century origin. The works consisted of internal and external reconstruction following a fire that destroyed much of the roof to the main wing of the house.

The owners had been living in the house for a number of years, when one afternoon an ember from the main central chimney ignited the thatched ridge. The subsequent fire spread into the roof structure causing severe damage to the two thirds of the roof to the main wing, the East gable wall, two bedrooms and a bathroom contained within the roof space.  Swift action by the fire brigade prevented the fire from going into the roof structure on the West side of the chimney stack and into the northern wing.

Suffolk based Architects Whitworth were brought onboard to assist with the restoration project. This involved a comprehensive reconstruction of the lost section of roof, the two dormer windows and first floor partition walls. Major repairs were required to the chimney stack, which was found to be in a perilous condition and had to be first independently supported to prevent it collapsing before being carefully stitched back together. 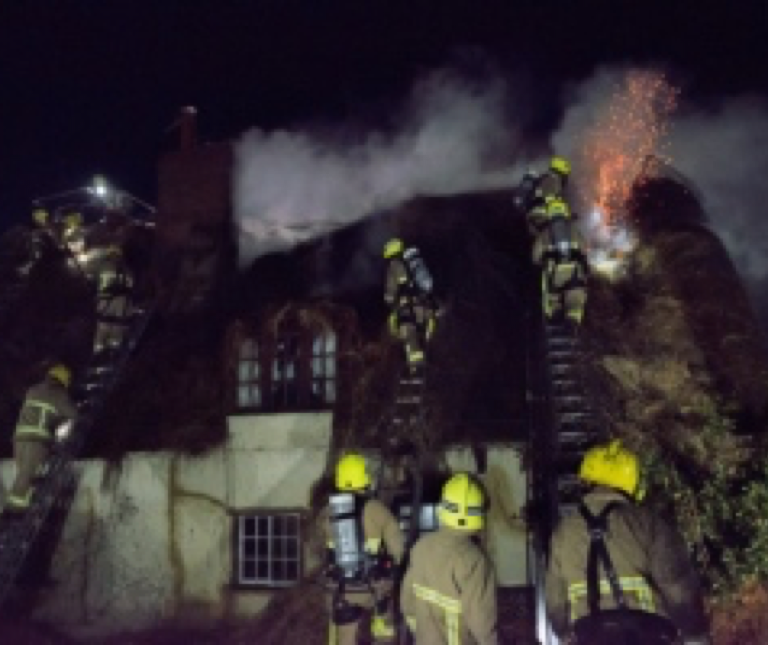 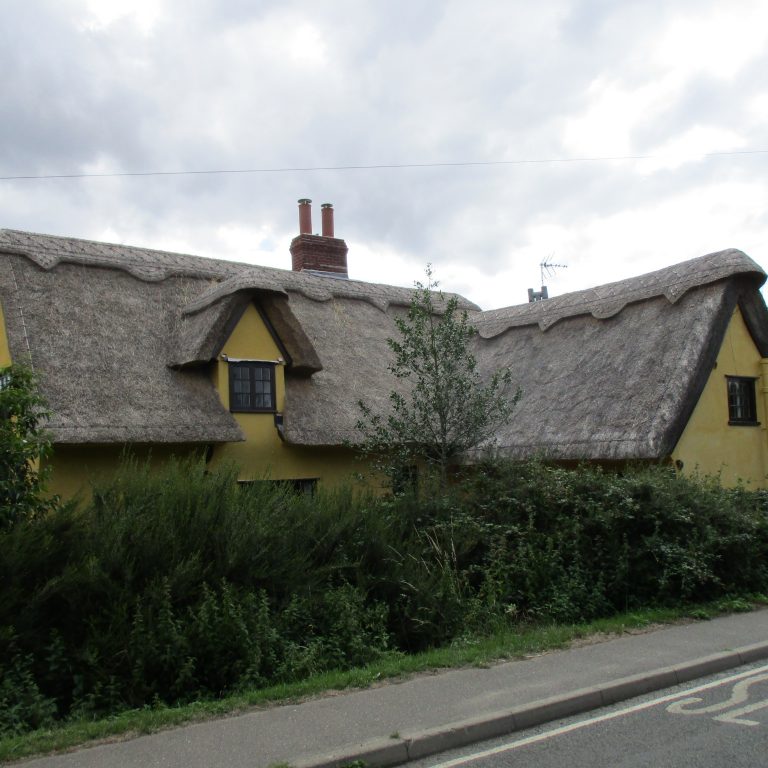 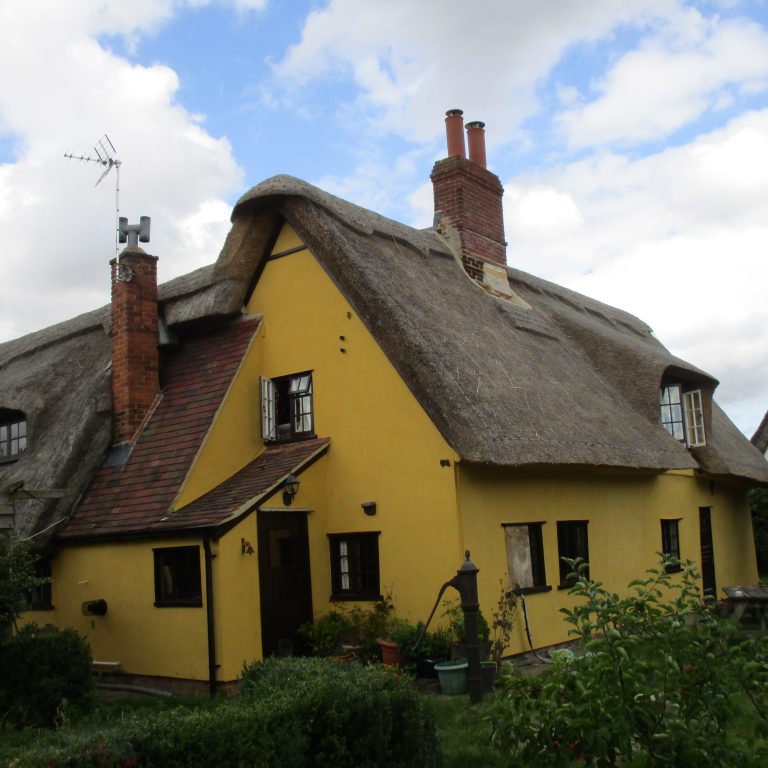