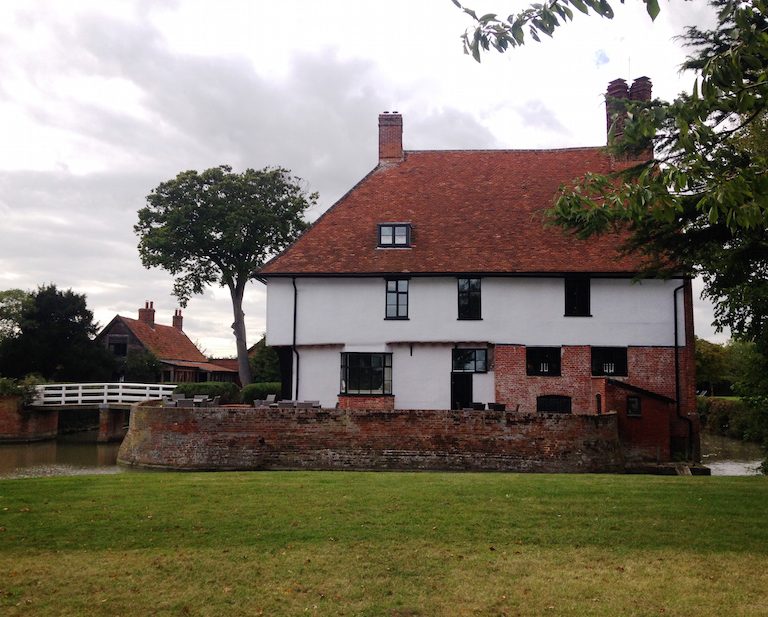 The property is a detached timber framed building, with the arrival elevation facing the drive from the south.  Formerly with a jettied first floor on all four sides, now partly under built on the east sided and extended to the rear to form a service wing on the north, it is surrounded by a moat on all four sides and accessed by a timber bridge from the west side.  It is listed Grade II* and the moat is a Scheduled Ancient Monument.

The Whitworth Co-Partnership LLP were initially instructed to undertake a building survey on the Grade II* listed property, where we uncovered various defects on the property as well as an outstanding planning issue.  Our clients proceeded with the purchase of the property and later appointed us to address the planning issues pertaining to the reinstatement of the windows, which were removed and replaced by the previous owners without listed building consent approval.  We were also instructed to produce a specification of work and drawings, to obtain tenders and thereafter carried out contract administration.

Our approach to the project was based on sensitivity to the historic building and scheduled ancient monument, including its setting.  The specification of works for the repairs was carefully collated to ensure that traditional repair methods were specified as well as the use of traditional materials.  The timber framing repairs were undertaken in air dried oak to match that of the existing and the cement render was removed and replaced with chestnut lathing and finished in a lime haired chalk render, which was to be finished in a five coat application of limewash.  The key principle of the project was to try and reinstate the breathability of the building using traditional materials, which in turn would aid in the preservation of the timber frame. The other key element was the reinstatement of the windows which had been removed by the previous owners and had to be sympathetically restored prior to their installation.

One of our key roles during the project was to detail and specify the repairs which needed to be undertaken to the timber framing following the removal of the cement render.  The removal of the cement render was undertaken on an elevation by elevation basis due to the unknown extent of the timber framing and due to the client’s budgetary restraints.  The repairs had to be carefully thought about and detailed as we did not want to have to replace the historic timbers unnecessarily or carry out non essential repairs.

We were also required to undertake an English Heritage Level 4 Photographic Survey on the timber framing to ensure the proper recording of the historic features of the listed building and in the interests of conservation.

The rendering was initially removed on the east elevation which uncovered a multitude of defects which needed to be carefully and sympathetically addressed.  The essential repairs were detailed by WCP and were completed on site by the main contractor, and the framing and repairs documented and the refurbished windows installed. The walls were then lathed and finished in a haired chalk lime render and finished in limewash. This was undertaken on an elevation by elevation basis and was completed in two phases in order to coincide with the next suitable time for lime application.

The Whitworth Co-Partnership LLP were able to add value to the outcome of this project as we were able to ensure that the quality of the works undertaken were to the highest standards, and that the specified repairs were sympathetic to the Grade II* listed property.  We were also able to ensure that the works were undertaken to programme, and within the client’s budgetary restraints and to the local authority’s satisfaction.